Umami is one of the five basic flavours experienced by humans.

After sweet, salty, bitter and sour, it is considered a combination of salty, sweet and slightly dry. Umami is essential for the balanced taste of many dishes, emphasising their depth.

The taste of Umami was discovered in Japan and is present in many dishes of local cuisine, but it can be found in popular dishes all over the world. You can taste it by eating hot broth, fried fish and meat, yellow cheese and cured meats, asparagus, Parmesan cheese, mushrooms, tomatoes or soy sauce.

Umami taste receptors are located on the tongue and detect the presence of glutamic acid, which is a component of most proteins. The proteins are composed of amino acids which are part of Umami. 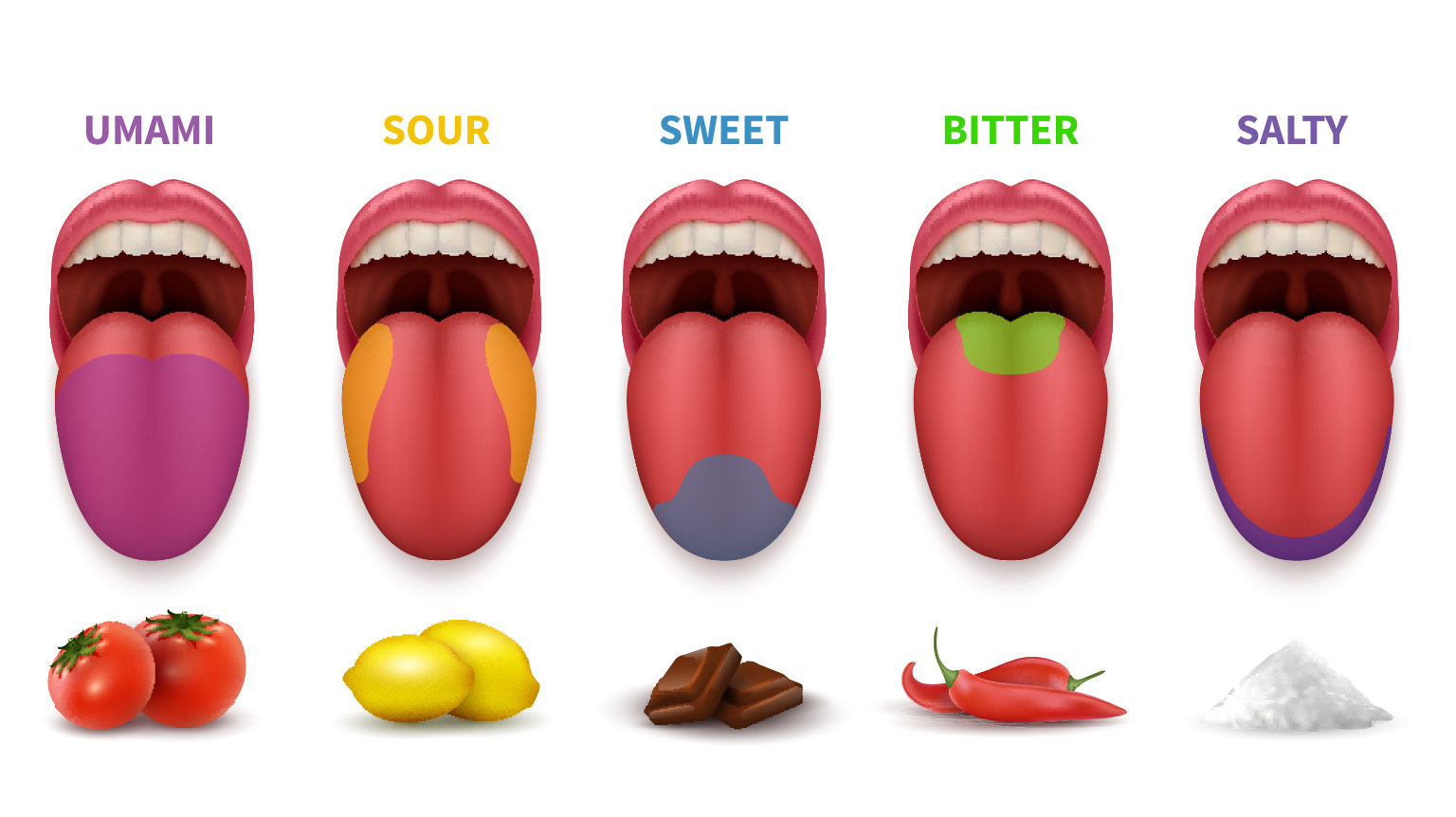 Umami was discovered by Dr Kikunae Ikeda in 1907 in Japan. Glutamic acid was extracted from kombu seaweed. The discovery began with a bowl of cooked tofu (broth made from seaweed). While savouring the broth, Dr Ikeda became convinced that there was another basic flavour that was quite different from sweet, salty, sour and bitter. Intrigued by this thought, he began to analyse the kombu dashi composition.

Around the same time, Hiizu Miyake – the first Japanese medical doctor – hypothesised that good taste stimulates digestion. He discovered what gave kombu seaweed its distinctive flavour: it was glutamic acid (a type of amino acid). The Japanese called the flavour Umami and developed a method of producing spices – the key ingredient of which is glutamate.

In 2000, scientists from the University of Miami reported the presence of Umami receptors on the tongue. Six years later, the Ajinomoto Institute of Life Sciences found that similar receptors are also present in the stomach. The importance of glutamate – not only the taste itself, but also in terms of well-being – has been discussed in many studies.

Umami was first discovered by isolating glutamate, which led to the creation of MSG by Ajinomoto Co., Inc.

Today, the Ajinomoto Group continues to pursue goals by contributing to society’s development in the spheres of life-support, healthcare, food science and amino acid sciences, as well as continuing to explore the potential of amino acids in every aspect of life.

Why Japanese Food Is So Delicious - UMAMI!